IAP Abuse Alive and Well and Living In… Equestria?

Sometimes I just come across things that simply beggar belief.

Now anyone who knows me probably knows I’m a massive brony, for my sins. So when I heard that there was to be an “official” MLP game I thought I’d take a look, despite that it’d likely be something rather twee and kiddy-oriented rather than directed towards the more sophisticated brony tastes. And indeed there’s a cutesy kind of town-building game there, and last night I was sat in the pub playing it a bit, various tasks you can do yield in-game currency that you use to expand your town and encourage more ponies to come and live there.

Fiddling about with it I came across the following screen and I had to do not just a double take, but an n-take where n is a fairly high positive integer. Look at this: 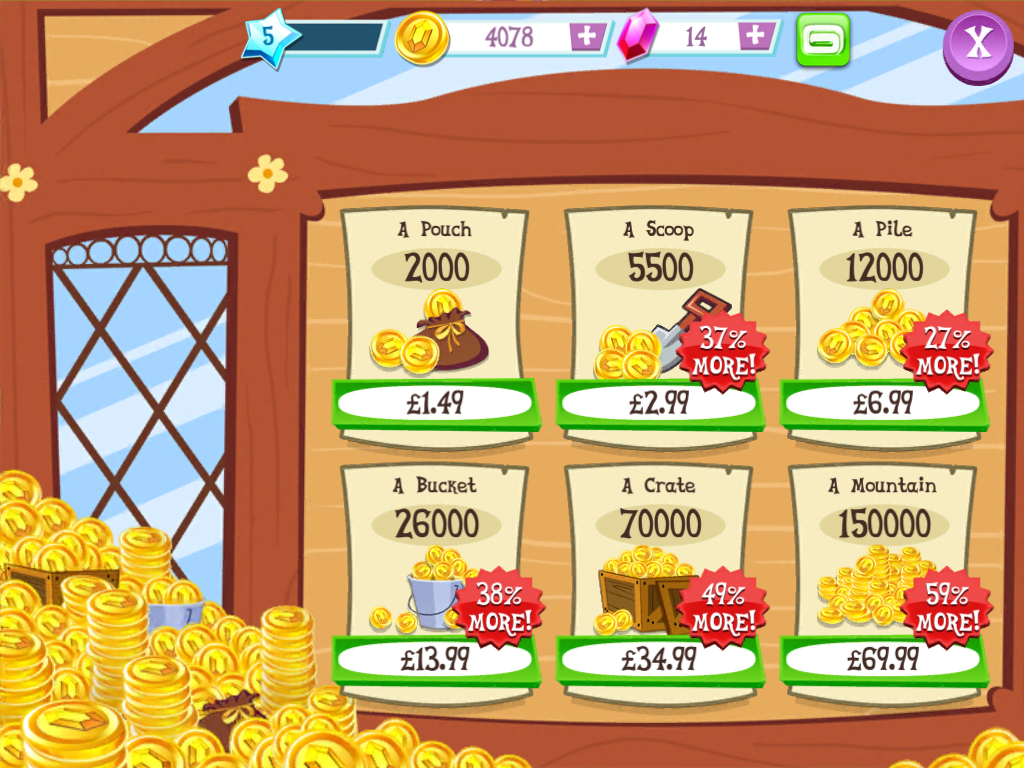 Yes, those IAPs are labelled in actual pounds. And yes, they go up to SEVENTY FUCKING QUID.

Now I’m finding it hard to imagine any context in which a £70 IAP would be justifiable. Given that entire OS upgrades come in at considerably less than that. Maybe some specialistic add-on to some business app, perhaps. Or some pro-level synth app add-ons, or something expensive in some kind of Photoshop context.

But in a MY LITTLE PONY game? One that is clearly targeted at LITTLE KIDS? SEVENTY FUCKING QUID?

Apparently you can turn off the ability to make IAPs in the game but it’s bloody well on by default.

How the shitty fuck is this morally justifiable? How the hell does whoever put that fucking crap into the game sleep at night? What the ever-living FUCK Hasbro/Gameloft?

I detest IAP abuse at the best of times but attempting to fucking gouge little kids with £70 IAPs takes not only the cake but the entire fucking bakery. Consider me thoroughly sickened. Jesus fuck.

This entry was posted in Complete and Total Bollocks. Bookmark the permalink.