Our latest game, and Llamasoft’s first on the iOS platform, is now available for sale on the App Store.  It’s called Minotaur Rescue and it is cheap as chips at $0.99 (59p in proper British money). 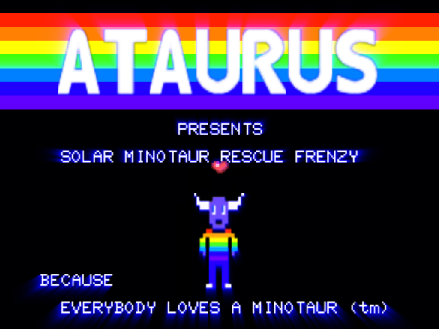 So what is Minotaur Rescue?

Minotaur Rescue is the first game in a series that we are calling the Minotaur Project.  The basic idea of the Minotaur Project is to release a lot of simple, fun games made in the style of various iconic old hardware platforms – the Atari VCS in this case.  Of course we add lots of modern effects and controls optimised for iOS in order to make the game satisfying for a modern audience – we borrow the style of the old systems but leave behind all the limitations!

This particular game is inspired by old classics such as VCS Asteroids and Space War.  Many of us who grew up with the VCS will remember spending hours shooting to bits those big, chunky pastel-coloured asteroids in front of the telly.  Minotaur Rescue brings in themes common in old arcade games of the time – a rescue mission (save the minotaurs!) and a defence mission (protect the sun from the rocks!) and mixes it up with the rock-breaking, gravity-well-defying action to create a fun new game in an oldschool style. 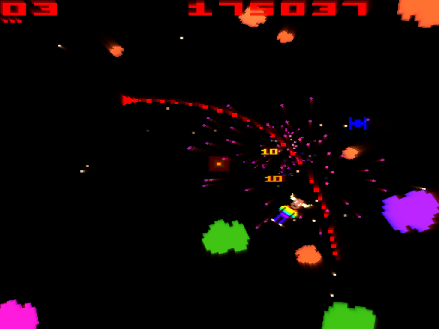 Here you can see the single-player game in action – the player is curving a stream of shots around the sun whilst being attacked by a blue enemy spaceship.  The minotaurs emerge from shot rocks and are to be rescued before they hit the sun.

The action is fast and smooth and full of the kind of particle and feedback effects you’ve come to expect from Llamasoft.  Controls are excellent and allow for precise, fluid control of the little ship with just a gentle stroke of the screen. 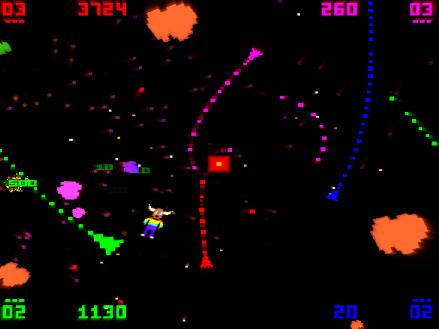 There’s multiplayer play too, up to 4 players at once on the iPad (two players on the iPhone). Players cooperate to stay alive as long as possible while competing to get the highest score.

There are two main gameplay modes – Solar Minotaur Rescue Frenzy (with the sun in the middle of the screen, along with its gravity well that affects all the objects in the game) and Deep Space Minotaur Madness (where the game is played in deep space with no sun – although this seems like a simpler game at first, over time the rocks become more and more attracted to your ship, and it’s actually pretty hard to survive for a long time in this mode).  Moth of these games can also be played in Survival mode, where you try to gain as high a score as possible with one life on a single endless level that increases in difficulty pretty fast.

The game is OpenFeint enabled and maintains online hiscores on both the OpenFeint and Apple Game Center leaderboards. 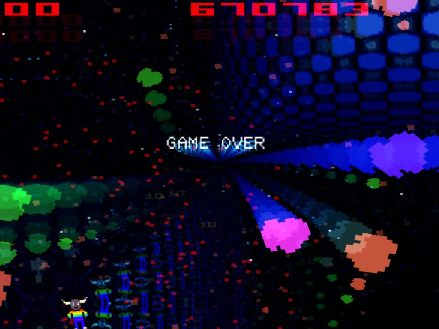 In this screenshot the player has just succumbed to the Black Hole.  The game is built atop the Neon 2 engine, and you can clearly see its Neon roots in the classic feedback effect you see here.

As well as the main Minotaur gameplay modes, I’ve added in a couple of extra goodies in keeping with the VCS-era theme of the game: 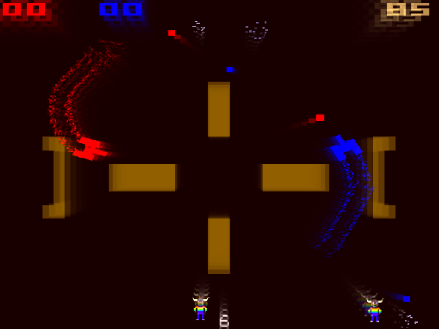 Tanks!  I think whatever system you had back them there was a version of Tanks for it.  Take a break from the minotaur rescuing action and relive those old times when you used to spank your dad all over the screen in Tanks.  Play against up to three human opponents or play against the admittedly rather daft computer. 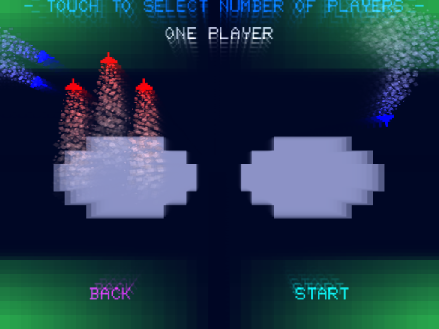 And where there’s Tanks there has to be Jets too, so here you are.

So there you go, a cracking little retro blaster and a couple of extra, fun freebies thrown in for all of 60p.  It’s a Universal app too, meaning you only have to buy it once and you can install it on both your iPhone and iPad, no nonsense having to buy a “HD” version or run the iPhone version scaled up on the iPad.

Initial reactions seem to be enthusiastic and I’m particularly happy that people are liking the controls.  Controls are tricky to do right on iOS and I’m very happy with what we’ve come up with here.

Work has already started on Minotaur Project #2, which is styled after another famous old system and a game that I know a lot of people know, love and sometimes beg me to do a new version of…

Until then, get downloading Minotaur Rescue, tell your mates about it too.  Not many better ways to spend 60p these days!

Minotaur Rescue on the App Store.

Video of Minotaur Rescue in action